This is the fifth of a series of biographical entries introducing you to the 50 Communication Alumni Champions who will be honored at our 50th anniversary celebration on October 9-10-11, 2014 .

Many of the distinguished alums from University of Cincinnati’s Department of Communication do amazing things. Lee Wilkof, a 1972 grad from Canton, Ohio, is no exception as an actor in New York. 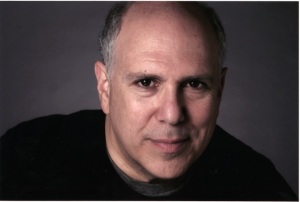 Wilkof transferred to the UC during his sophomore year of college and chose communication as his major. He wasn’t sure what he was interested in doing after college, but late that sophomore year, he started doing some acting and from then on, he couldn’t stop. He credits his communication professor, Michael Porte, for his encouragement to go into acting. Porte was a very special and important person during Wilkof’s college career at UC. Wilkof took a course with Porte when he realized he wanted to act and Porte nurtured and provided him the support he needed.

After graduation, Wilkof went off to New York and worked his way into Broadway. His big break was in when he was cast as Seymour Krelborne in the original Off-Broadway show, Little Shop of Horrors. Over the years, he has also played roles in film, T.V. and recently online in Amazon’s original series, Alpha House.

Communication plays a large role in everything Wilkof does. This has only become more important now that he is directing his first feature film, No Pay. Nudity, starring Gabriel Byrne and Nathan Lane. Not only does he have to communicate effectively with his staff and crew, but he also has to communicate his vision to the audience, which can be a difficult job.

Wilkof doesn’t let that stop him. “The accomplishment I’m most proud of achieving professionally is not letting the difficulty of what I do defeat me.”

Along the lines of this, Wilkof mentions one of his favorite quotes that come from Winston Churchill: “Success is the ability to go from one failure to failure without losing enthusiasm.”

Wilkof remembers this quote when he thinks of some of his goals. A few include finishing his film and to continue acting, but someday he hopes to do a play in the West End in London. Regardless, he’s proud of his family, his daughter and that he is being recognized by his alma mater.